As Baxi and Navien approved installers Aztec Gas offer a wide range of gas boilers with a model and output to cope with all your heating and hot water requirements.

Every product is backed by exceptional customer support and both Baxi and Navien gas boilers meet and exceed the latest European standards for safety, energy efficiency, emissions and water bylaws. 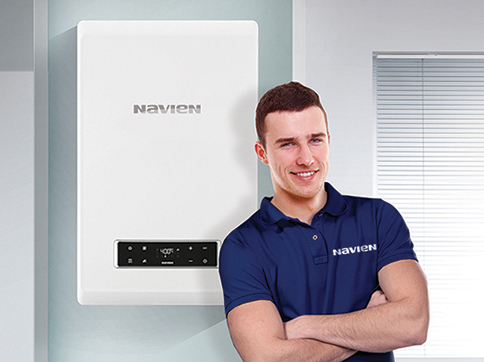 Navien is the global leader in condensing technology and the name behind the best selling boiler in the US. Navien boilers have taken America and the rest of the world by storm and are now available here in the UK. Innovative and eco-friendly, our products lead the way for build quality, performance, reliability and, above all, value for money. All backed up by the very best customer support.

Built with the finest stainless steel components to ensure unbeatable build quality and long lasting reliability. SEDBUK A rated boasting high efficiency for your heating and hot water requirements. Intuitive and easy to use Navien boilers help you to minimise running costs and get the best from your heating solution. A Built in system offers unprecedented flueing flexibility, enabling the boiler to be fitted virtually anywhere in the home. Industry leading condensing technology to maximise performance and minimise emissions Exceptional customer and service support available – help from our trained experts is just a phone call away
Navien UK 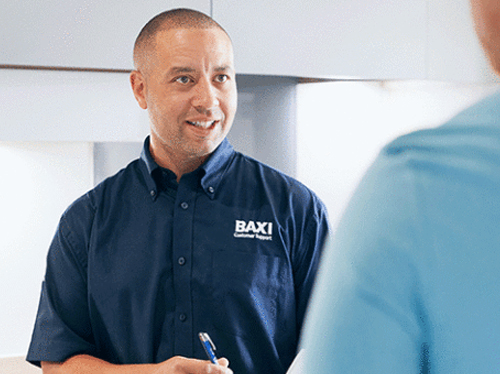 Baxi is proud to have been manufacturing in the UK since 1866. Baxi manufacture and supply high efficiency hot water and heating products are straightforward to install, maintain and service and easy to use. Baxi are so confident in the reliability of their product range that they offer industry-leading free parts and labour warranties, for complete peace of mind.

From our beginnings, right through to our current product ranges, Baxi's ethos of pride, passion and positivity - combined with reliability, respect and innovation - has helped define our company. From our award-winning customer support to our industry-leading hands-on training, we are fully committed to making life with Baxi as easy as possible. We support our customers by offering them clever heating solutions that keep their homes and businesses warm while reducing their carbon footprint. We are also developing technologies that will help customers to heat their homes and businesses without warming the planet
Baxi
Boiler Efficiency

When the Building Regulations changed in 2005, it became a requirement that all boilers installed were condensing, or high efficiency, boilers.  Replacing an old non-condensing, also known as standard efficiency or regular, boiler will save money on heating bills and reduce the carbon dioxide emissions that contribute to global warming.

The difference between an old non-condensing boiler and a new condensing model is the amount of useable heat it produces from the fuel it burns. Old boilers usually have a pilot light, which is burning all the time, whether the boiler is heating hot or not.  When the boiler turns on, it burns fuel in a combustion chamber which is surrounded by a jacket through which the water flows, and this heated water is circulated around the radiators to warm the home. Some of the heat generated in the boiler is lost to the surrounding air and through the flue.  A non-condensing boiler could be as little as 60 per cent efficient, meaning for every pound spent on gas, 40p is lost.

A condensing boiler is much more efficient at heating your home. It has a much larger heat exchanger, which extracts over 90 per cent of the heat from the fuel it burns, making it much more cost effective to run. It extracts the heat from the flue gases, which would otherwise be lost to the atmosphere, and recycles the heat back into the heating system. The water vapour in the flue gases can be so cool that it condenses (hence the name!), and is taken away to a waste pipe through a condensate pipe. Condensing boilers do not need a pilot light burning all the time, because they fire up when there is a demand for heat, using an electric spark.

The amount you save installing a new condensing boiler will depend on how old and inefficient your existing boiler is.

Combi (or combination) boilers are the UK’s most popular type of boiler for gas central heating and domestic hot water. They are easy to install, simple to use and economical to run. A combi boiler only heats water when a hot tap or shower is turned on, ensuring maximum efficiency. There is no need to find space for a water storage cylinder or have a tank in the loft. Hot water is delivered to your taps at mains pressure, so you can enjoy a powerful shower without the need for a pump.

We have high levels of product knowledge and experience on brands including; Worcester Bosch, Valliant, Ideal, Baxi, Grant and Intergas.

We are approved installers for Baxi and Grant central heating systems, offering either a 7 or 10 year guarantee on new installations.

Call us anytime, we will always call you back.  We are professional in our appearance, conduct and manner towards each and every customer.

We use cookies on our website to give you the most relevant experience by remembering your preferences and repeat visits. By clicking “Accept All”, you consent to the use of ALL the cookies. However, you may visit "Cookie Settings" to provide a controlled consent.
Cookie SettingsAccept All
Manage consent

This website uses cookies to improve your experience while you navigate through the website. Out of these, the cookies that are categorized as necessary are stored on your browser as they are essential for the working of basic functionalities of the website. We also use third-party cookies that help us analyze and understand how you use this website. These cookies will be stored in your browser only with your consent. You also have the option to opt-out of these cookies. But opting out of some of these cookies may affect your browsing experience.
Necessary Always Enabled
Necessary cookies are absolutely essential for the website to function properly. These cookies ensure basic functionalities and security features of the website, anonymously.
Functional
Functional cookies help to perform certain functionalities like sharing the content of the website on social media platforms, collect feedbacks, and other third-party features.
Performance
Performance cookies are used to understand and analyze the key performance indexes of the website which helps in delivering a better user experience for the visitors.
Analytics
Analytical cookies are used to understand how visitors interact with the website. These cookies help provide information on metrics the number of visitors, bounce rate, traffic source, etc.
Advertisement
Advertisement cookies are used to provide visitors with relevant ads and marketing campaigns. These cookies track visitors across websites and collect information to provide customized ads.
Others
Other uncategorized cookies are those that are being analyzed and have not been classified into a category as yet.
SAVE & ACCEPT